During the Kenzie’s Party Dress Tour last week, I cut out and started sewing a signature skirt version for my younger daughter’s Christmas dress. If you’re in the EYMM Facebook group, you got to see the “sneak peek” picture I posted of the flounces when I had finished hemming them on Thursday. 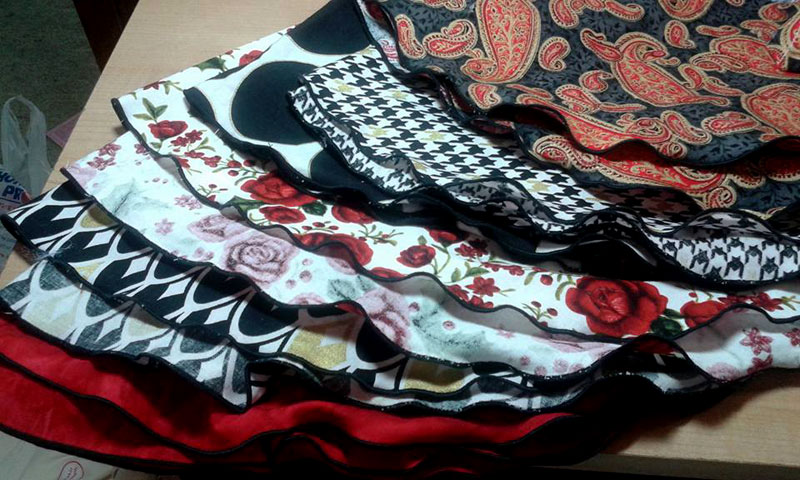 When we decided to make this dress, I first had my daughter try on the simple skirt Kenzie’s Party Dress that I made for last Christmas so I could decide whether to make the same size or one bigger. It just fit, so I went ahead and cut and sewed it up. When she walked in the door after school Friday, I excitedly held up the skirt for her to try on before attaching to the bodice … and it was too tight on her hips.**

Edited to admit my mistake in putting together this dress (the crossed out text is my original post and the italics is what I’ve added):

** Totally not the pattern’s fault …   When I started cutting out the second dress, which I made one size bigger, I noticed that I had failed to cut TWO underskirt pieces for each layer the first time around. I felt like a huge dunce! So … had I more carefully read the cut chart and directions, this whole “skirt too small” debacle could have been avoided! Like I originally wrote (and edited with the strike through), I should have realized what was wrong when the ONE underskirt piece I’d cut was smaller than her hip measurement … Ugh! Sorry for the confusion on my part!

Luckily, I had plans to spend Thanksgiving week at my best friend’s house and she has three daughters. I texted and asked her to measure her girls and was excited to find out that her middle daughter was the right measurements to fit my half-finished dress. So I finished it up and packed it and brought it to Florida to give to her. 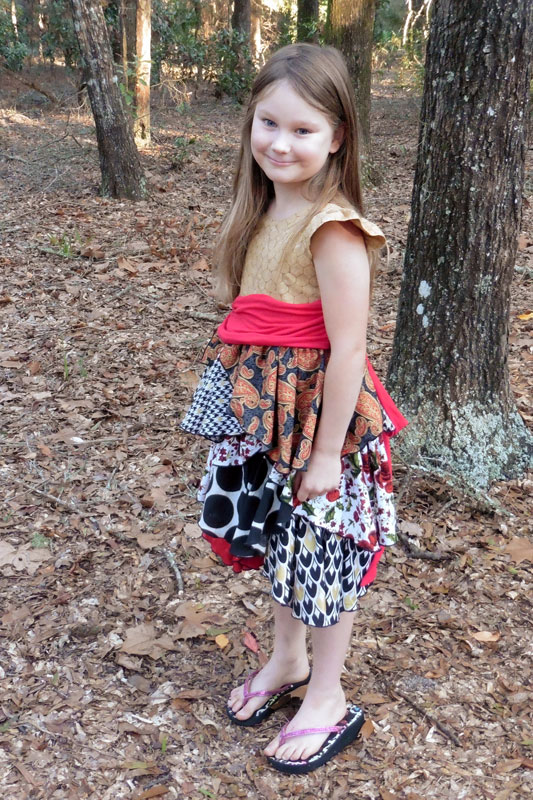 I am so glad that it fits because the fabrics my daughter chose look fabulous together! Actually, I’ve yet to see any Kenzie’s Party Dress that doesn’t look great! The way the flounces are put together perfectly off-kilter from each other lends itself so well to mixing many different prints together. Solely because of the amount of pieces to put together, this dress is probably the most time-intensive pattern that Kymy has designed thus far and it is definitely a fabric hog, but the end result is totally worth it! (!!!) 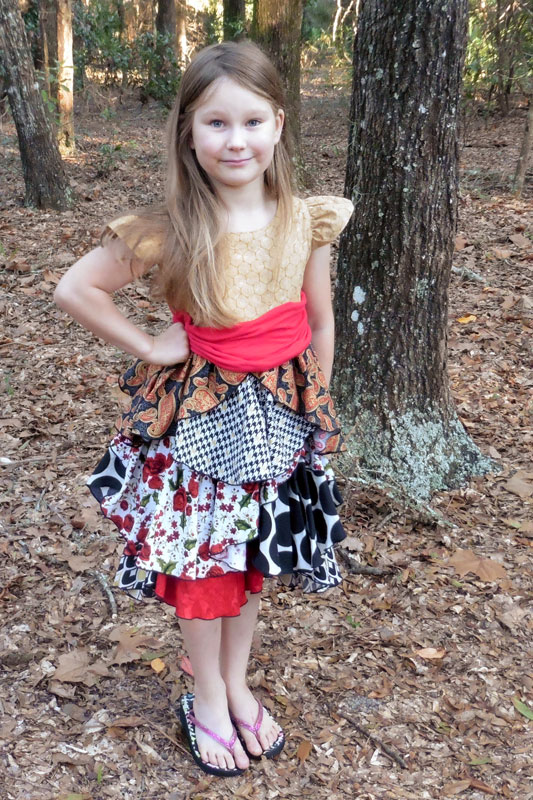 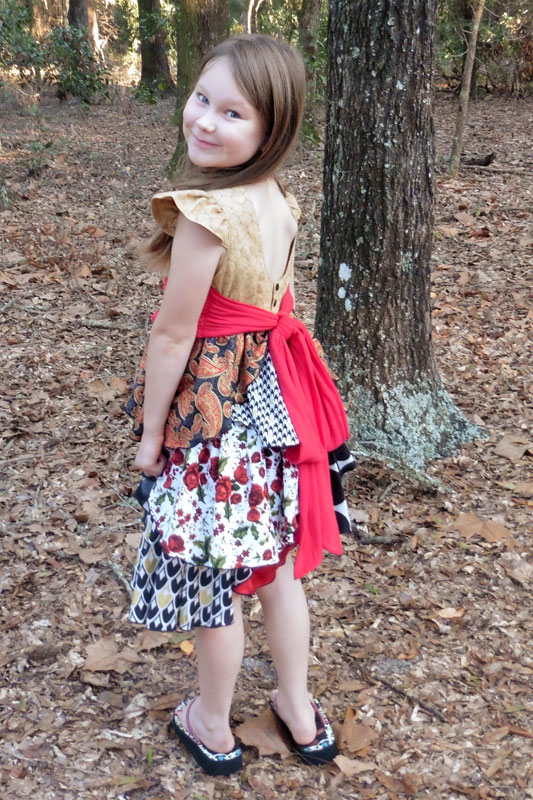 Once we got here and my best friend saw that the dress I brought was the same pattern that I used for her younger daughter’s birthday present a couple months ago, she timidly asked if I’d mind making one for her oldest daughter so they could all be in the same style dress, but different fabrics, for Christmas. I said I’d love to and took her 10-year-old shopping today to pick out fabrics for her own dress.

So I’ll be stitching up another Kenzie’s Party Dress this week and two more next week … because after seeing this one my oldest decided she must have one, too! Guess I’ve got my work cut out for me!