Soooo, I ordered these awesome Slimer panels from Star Dust Textiles early this spring with big plans in mind to make matching Parker’s Vintage T-shirts for my four boys for Father’s Day. Plenty of time, right? I then procrastinated on them until the Daddy & Me Tour started, when I decided I really better get the shirts sewn up … and I discovered that one of the panels had gone missing. Wah! Guess that’s what I get for leaving them sit within little boys’ reach for several months! Luckily, my middle son was willing to have a slightly different Slimer shirt! (And, eventually, that panel will show up and I can make another Parker’s T-shirt in a bigger size for them to grow into, right?)

So, I’m late for Father’s Day AND I’m late for the Daddy & Me Tour … but I did get them done today for my dear hubby’s birthday! 😉 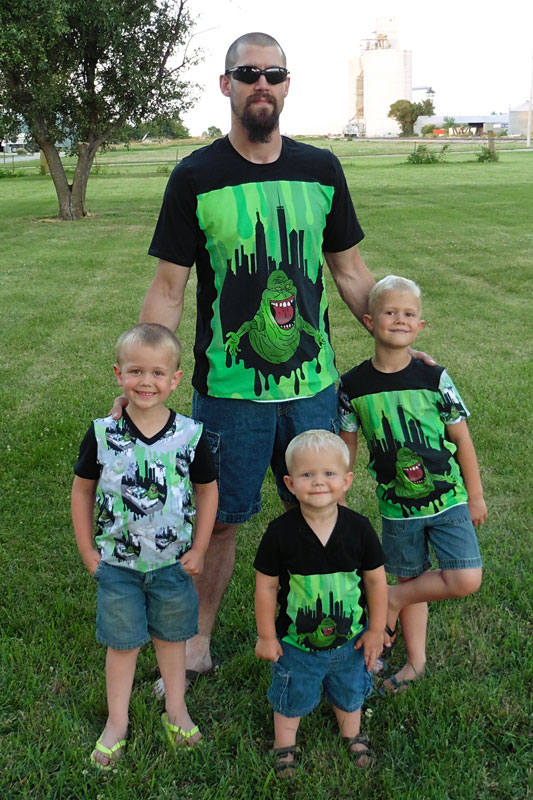 I seriously love that Parker’s Vintage Fit T-shirt come in both boy’s and men’s size ranges, so I can make them for all my boys! My 2-year-old is wearing a v-neck Parker made using an “infant” size panel. My 5-year-old got a v-neck Parker with the coordinating print front and black sleeves and back. My 7-year-old’s crew-neck Parker is made using a “child” size panel and black color blocking to match my husband’s size medium-tall shirt, which is made with the “teen” size panel (it was the biggest panel available for this round of custom fabric, although the company offers bigger panels now).

I cut all four shirts out last evening, measuring each panel and comparing to the front pattern pieces to determine how much black I needed to add around the edges to make it fit. I only had to sew a small strip to each side and then a piece of black across the top, so they look similar to my color block tutorial from last fall. The whole time I was sewing this afternoon, I kept hearing “Who Ya Gonna Call? Ghostbusters!” in my head. Haha! Parker’s is so fast that it only took about 3 hours to sew all 4 shirts. I skipped the bottom hems since I was running out of daylight for pictures, but I’ll have to go back and finish those since the cotton/Lycra makes the bottoms curl up. Oops!

I wish I hadn’t gotten cocky on the 2-year-old’s neckband, thinking I could just attach the v-neck using my serger to avoid switching machines mid-construction … fixing it to look right was not fun and it definitely wasn’t easier than just using my sewing machine to sew it on! In retrospect, I also wish I’d have put his panel closer to the neckline and added some black to the bottom for length, but it still works okay. Live and learn! 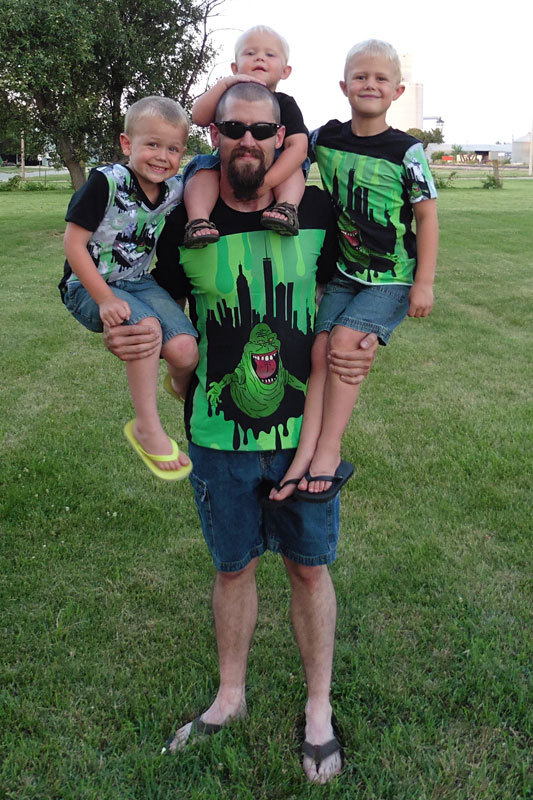 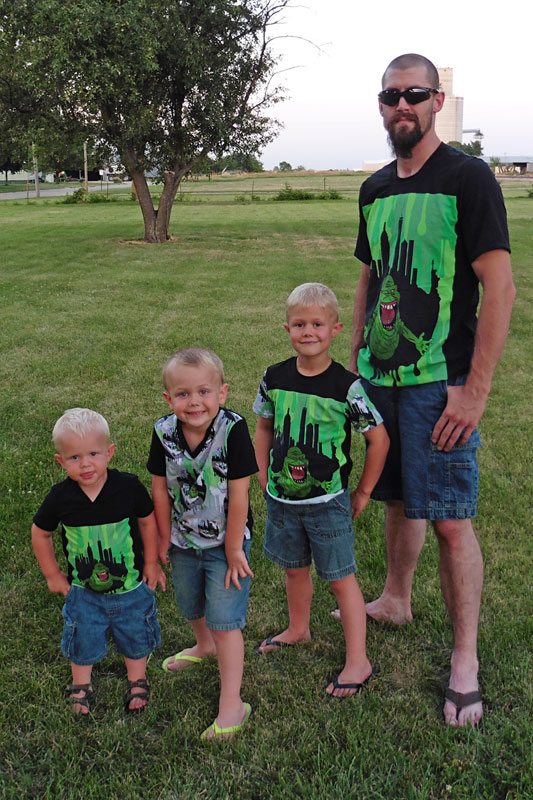 Getting these four guys to model nicely for me was a whole new project in itself! Between the ornery 7-year-old and the silly toddler, I set them into place for the above right pose at least 6 times because every time I backed up to take the picture one or both of those boys would move! 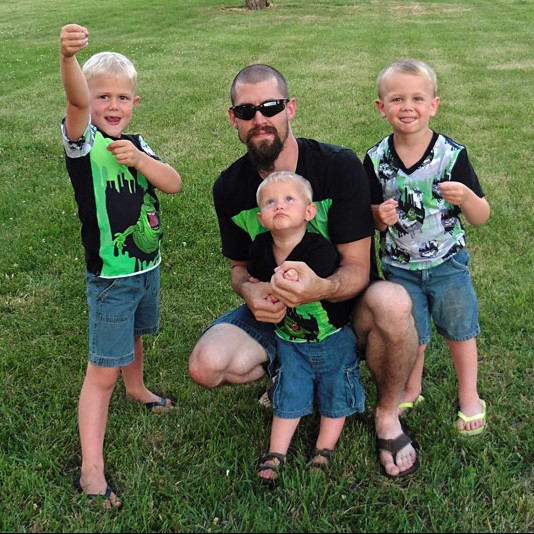 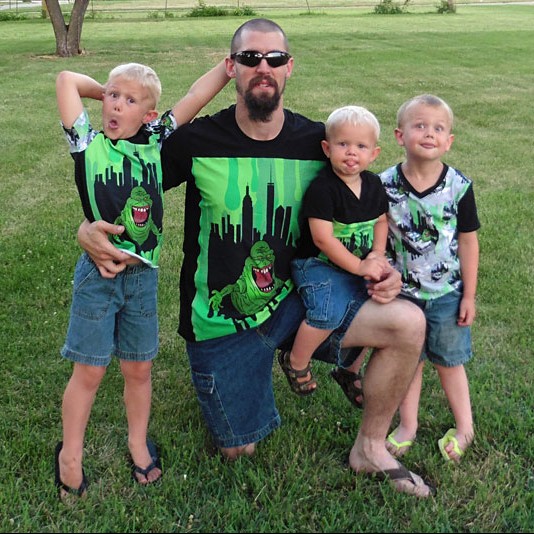 Once I got the serious poses that I wanted done, we decided to do a couple goofy shots. I told them to pretend they were holding “proton guns” and so the picture above left is titled “don’t cross the streams” (Ghostbusters reference)! The above right photo is what I captured after declaring “silly faces.”

I’m not sure the boys will get to go see it, but I think hubby might have to wear his Slimer Parker’s T-shirt to see the new Ghostbusters remake that comes out next month! I’m kind of loving that the remake is starring women!